Infra-red skies are often deeply toned or completely black.  This is because I.R. light does not reflect off of the atmosphere, so the light shines straight through the skies leaving them black.  Infrared light does reflect off of some other trace particles in the air, but their reflectivity is only visible close to the ground where we see much more of the planet’s atmosphere.  This change in density is what creates horizons that resemble rich blue sunsets that gently give way to deep black skies.

Clouds find new detail in even the faintest whips as they stand out in stark contrast to the deep velvet like skies. Their reflectivity is somewhat higher and denser then what is usually visible, but it is this higher reflectivity of the clouds set against saturated skies which really makes them stand out.

They become even more compelling as forms and patterns are naturally sought out.  Their ghost like appearance seems to complete shapes or imply an aura to their ethereal presence.

The prints are on a Metallic paper which further adds a unique mysteriousness to the images. 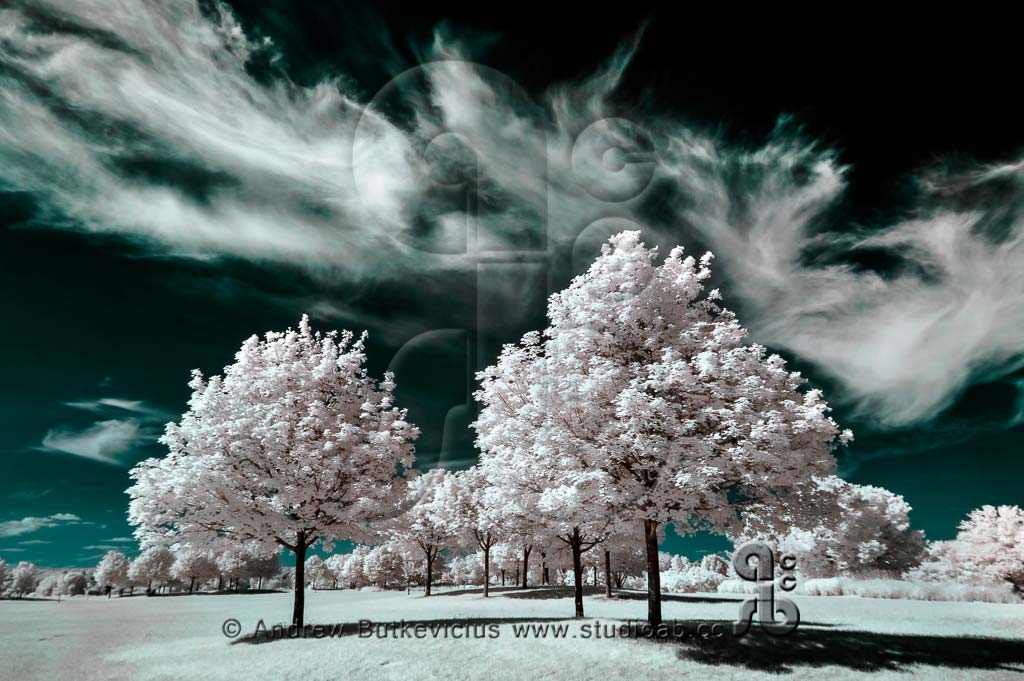 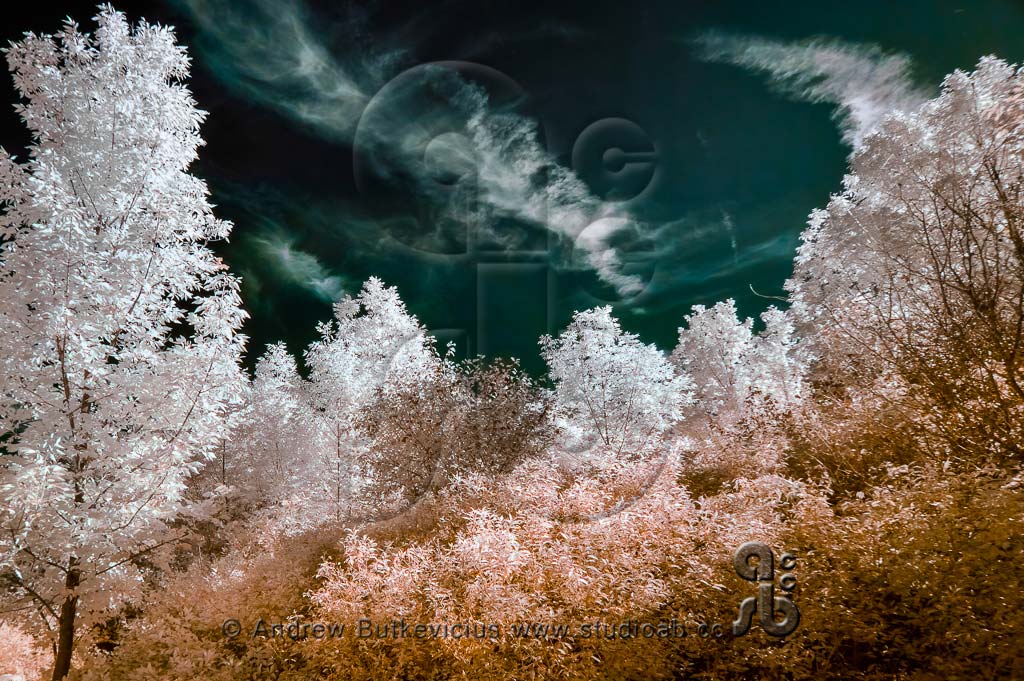 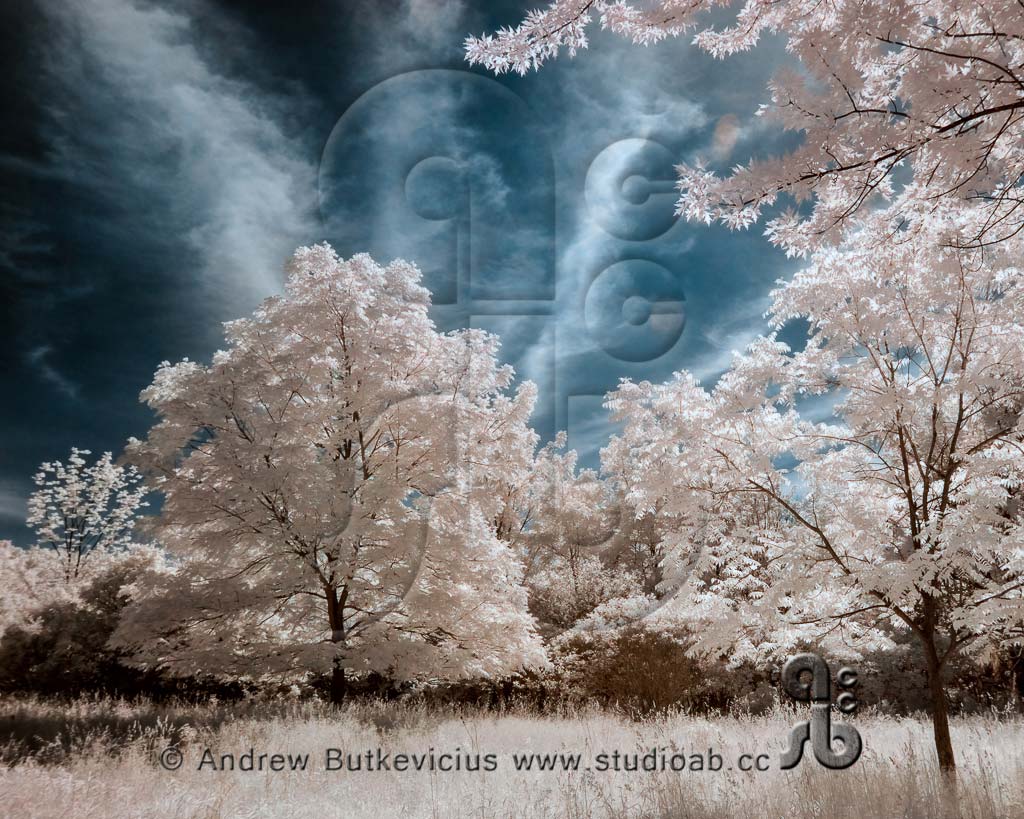 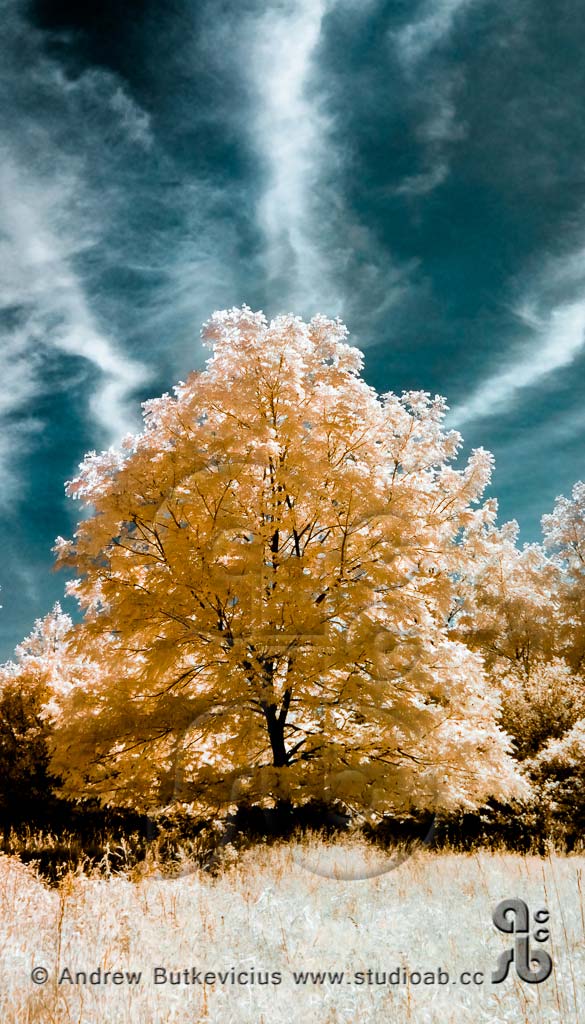 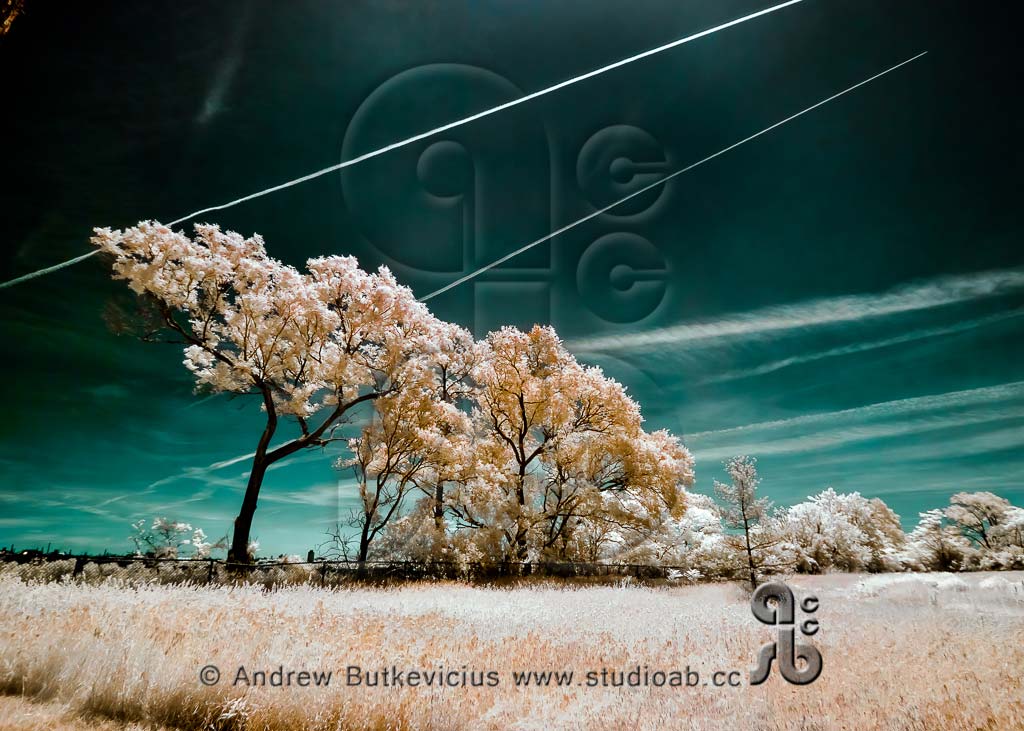 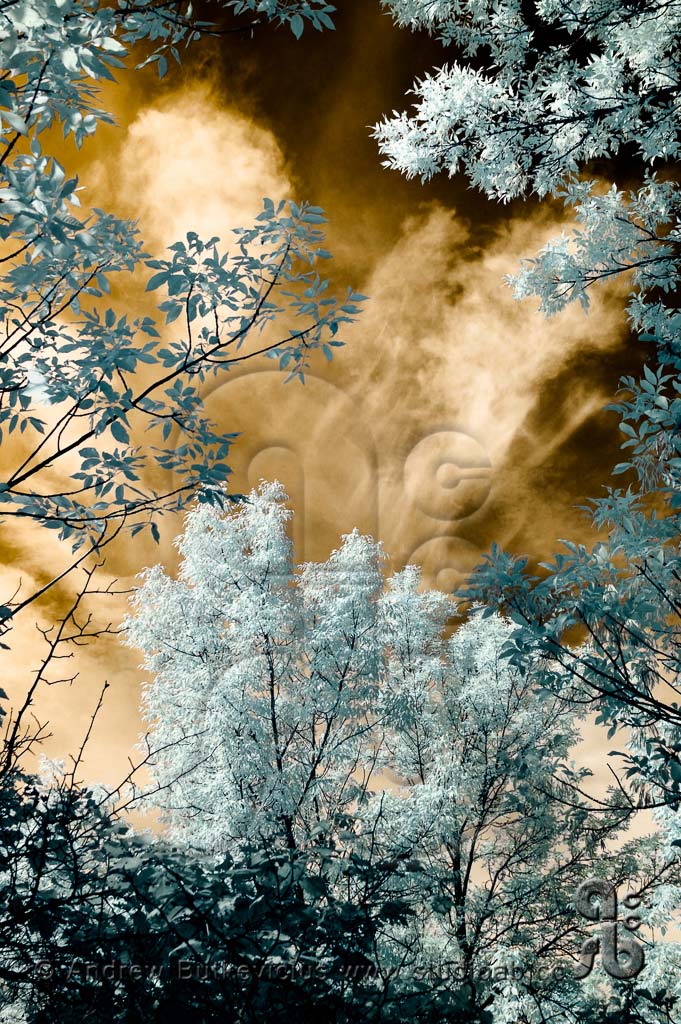 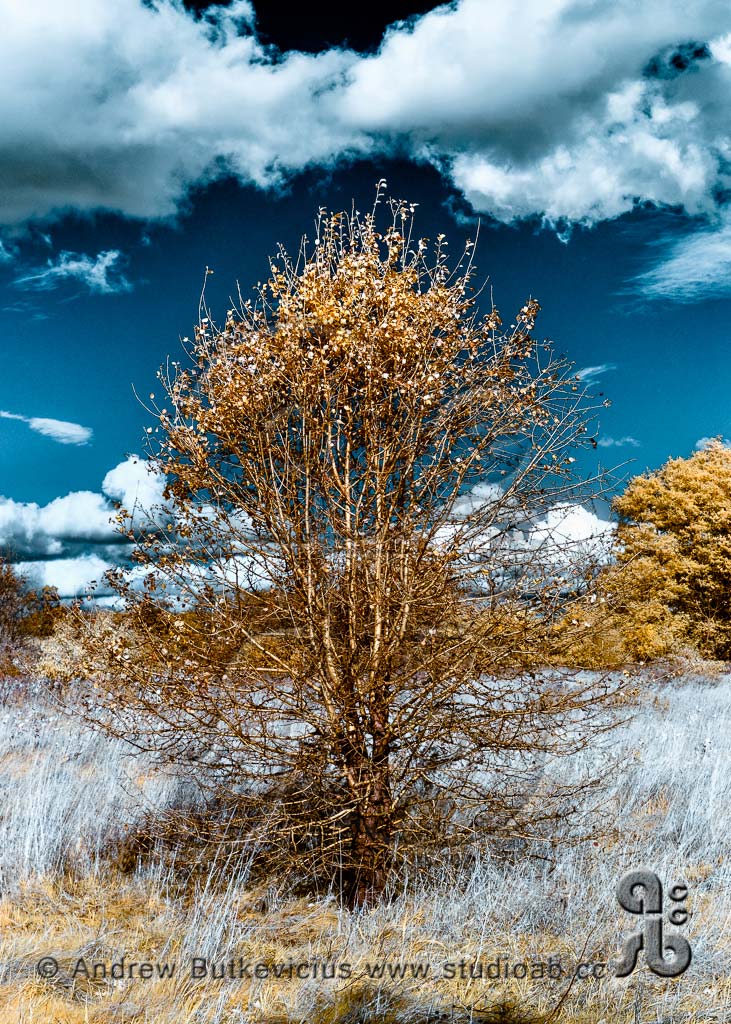