Under a Red Sky

Most of my images undergo a process called channel swapping which switches all the red colors with the blue ones.  The images then have deep blue skies and yellow to pink foliage.  I find that channel swapping creates images that are recognizable but still retain the mysterious qualities of infrared light.

However, the native, or non channel swapped images have a character that is immediately discernible and much more ethereal.  I find that images produced in this manner tend to have a much more foreboding character to them; the darker side of nature makes itself apparent.  They have little to no recognizable colors and are interpreted in a different manner which allows me to approach more apocalyptic views of the world to come.

The Earth has gone through various stages where it looks nothing like it does today.  At times Hydrogen Sulfide filled the water and air turning skies green and water purple.  Working with infrared photographs has found me paralleling extinction events of the past with that which civilization is now entering.

For me infrared photography not only examines perception, but also acts as a reminder of the fragility and interdependence of ecosystems.  It is only when drastic change is encountered that attention to it is given to these systems.  But the next time the oceans die and the skies turn green, looking in wonder will be the only option before extinction. 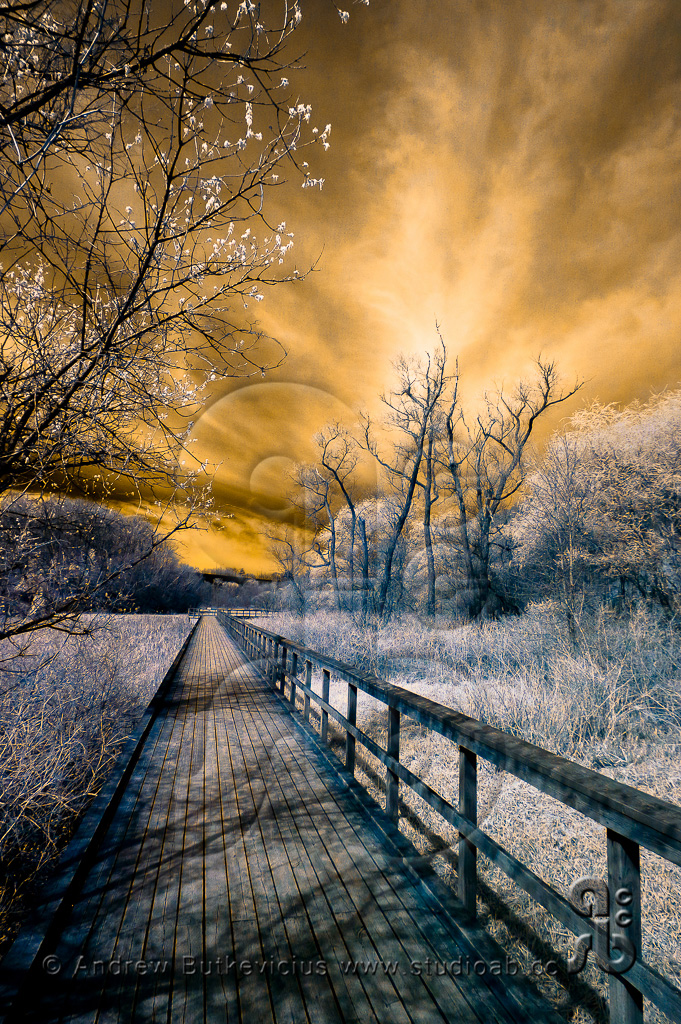 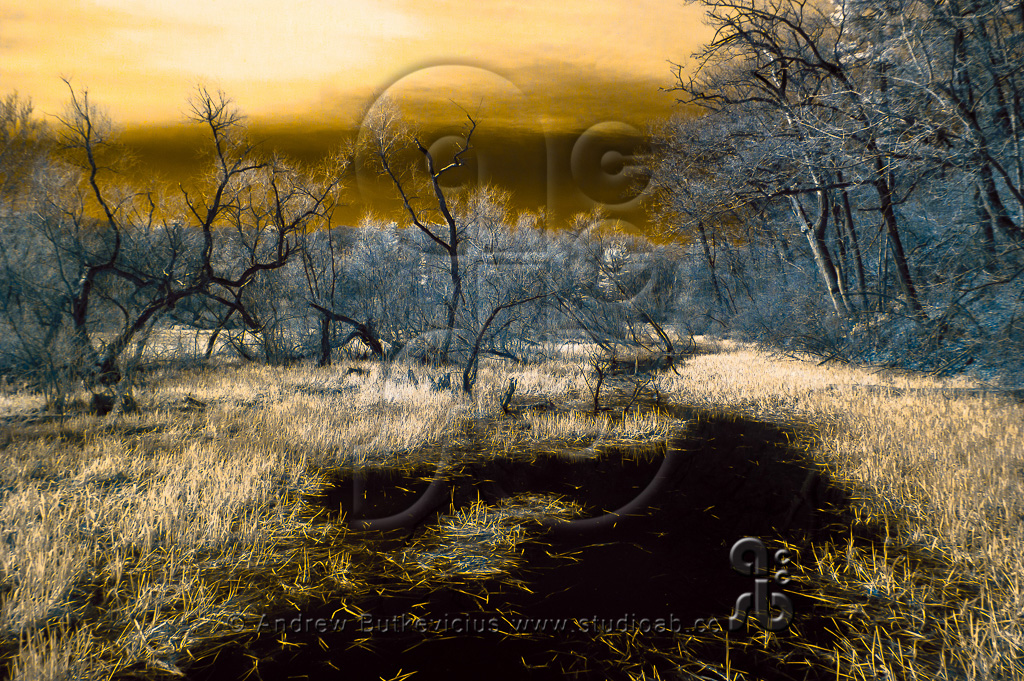 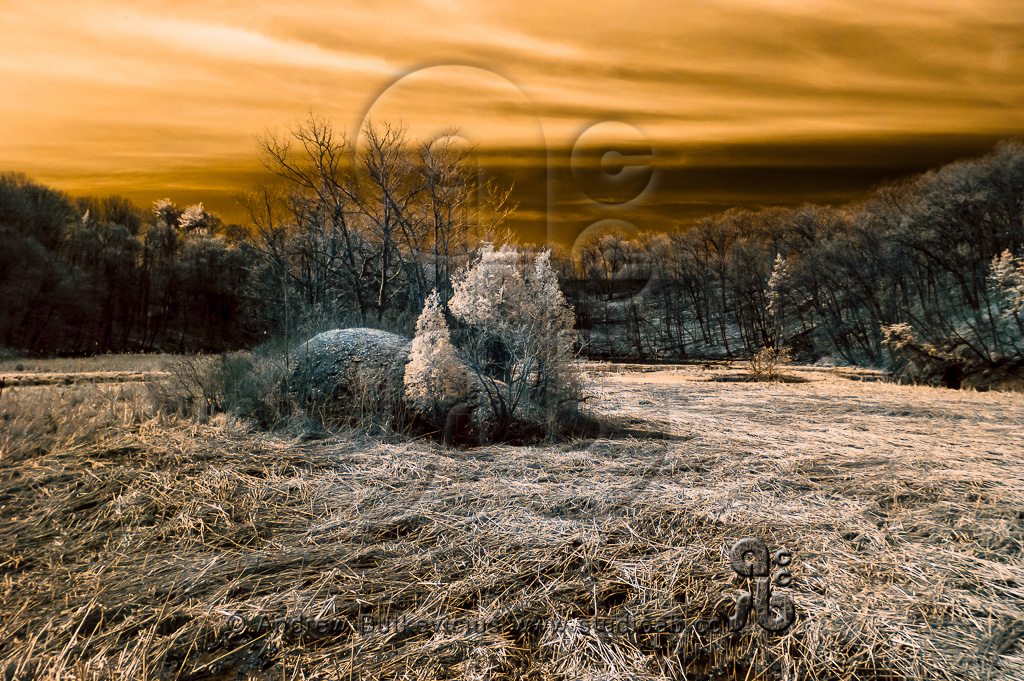 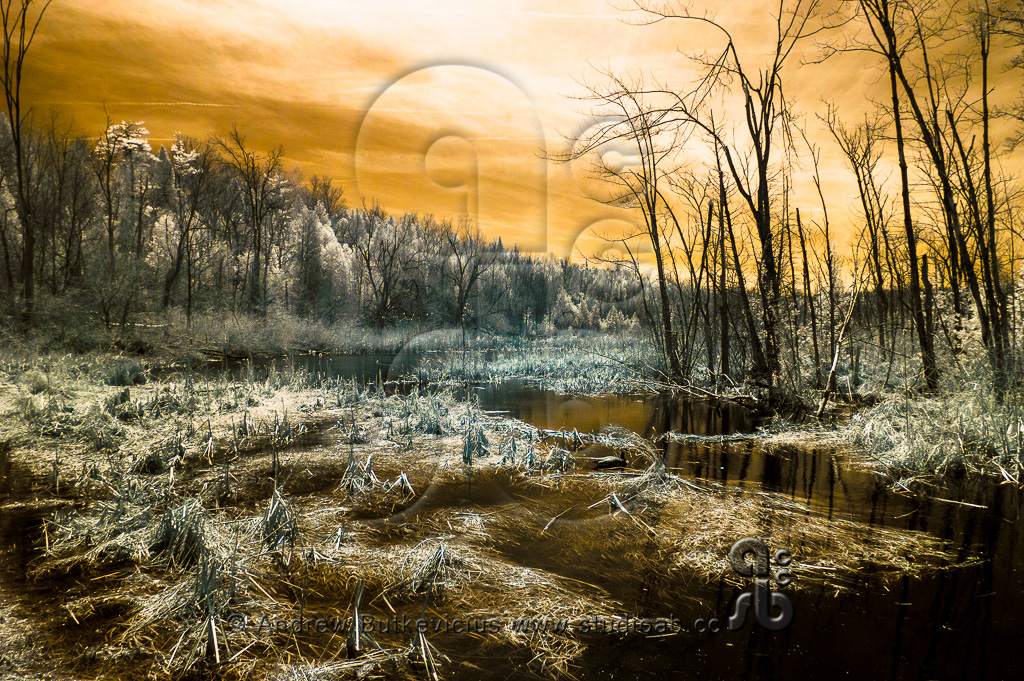 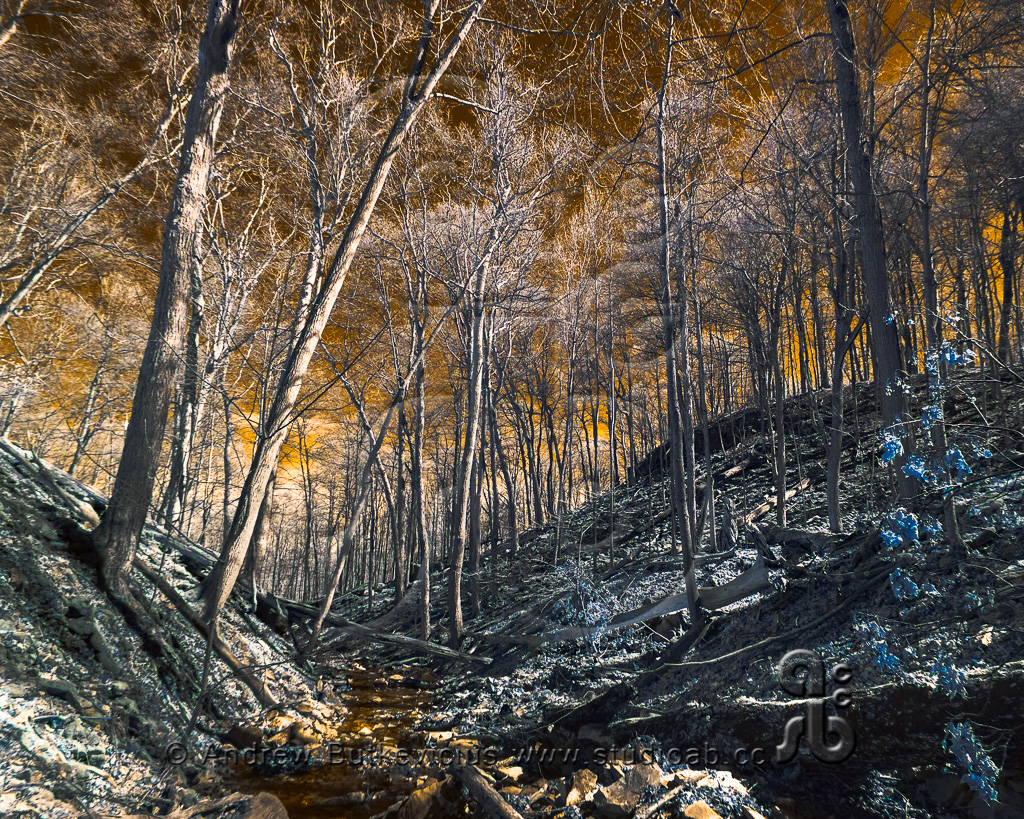 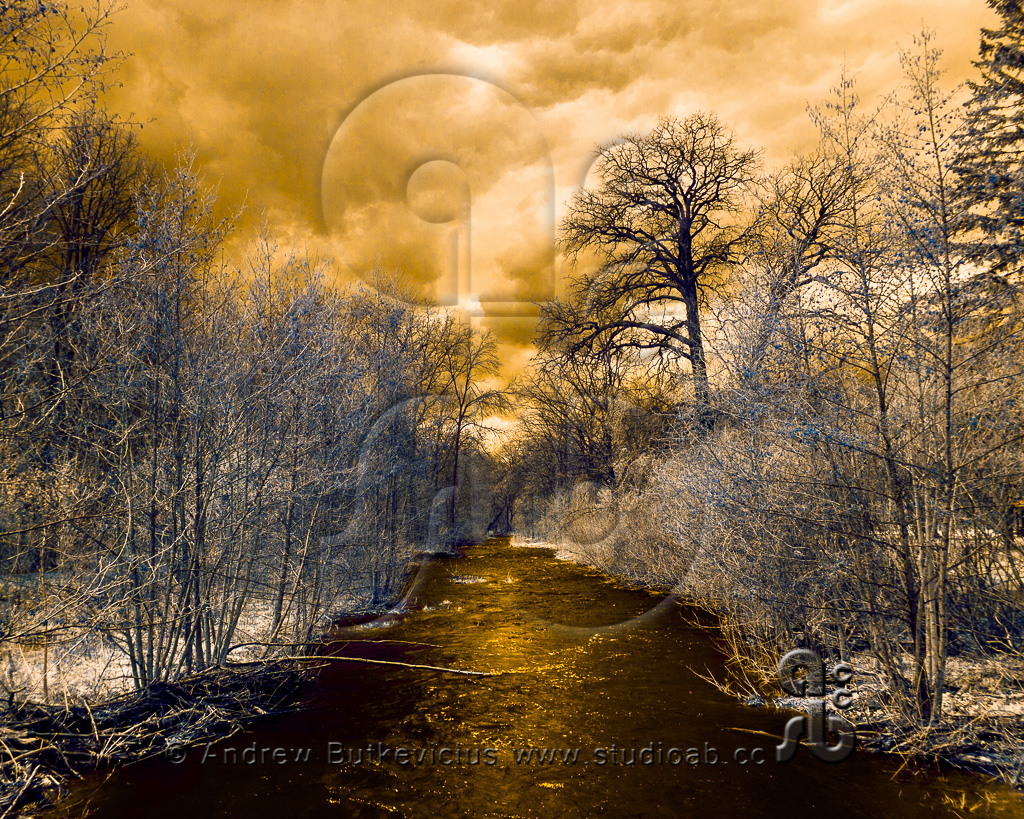